Former Jamaican international defender who joined the club in November 2011, having previously been with Wrexham. Made 28 appearances for Jamaica, scoring one goal. Began his career at Chelsea, before moving to Leicester City, making over 160 appearances at both clubs. Has also had spells with Burnley, Huddersfield Town and Lincoln City. Left in January 2012 to sign for Colwyn Bay, much closer to home. 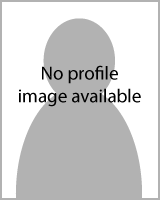